Apart from teaching, the staff of the department of ethnology is involved in research. A series of articles on ethnocultural and ethnopolitical Ukrainian-Polish relationships were written by Professor S.A. Makarchuk.

The original articles on public building, public transport and the culture of the population of Polissia were published by Docents R.B. Siletskyi and M.S. Hlushko, participants of Ukrainian scholarly expeditions to Polissia areas polluted by radioactive materials.

In 2003, M.S.Hlushko published his monograph “The Genesis of Animal Harness in Ukraine”. Here the author investigates the origin of using an ox and a horse as draft animals in Ukraine as well as the beginning and development of their harness. M.S. Hlushko organically combines the wealth of archive and literary information with facts collected as a result of his numerous expeditions to almost 700 places within two decades. In 2004, he presented a doctoral dissertation on the basis of this work. On April 3, 2005, M. Hlushko obtained a position of a Professor of the Department of Ethnology.

A detailed analysis of the academic legacy of the prominent Ukrainian scholar Fedir Vovk can be found in the book on the topic “Fedir Vovk” (New York, 1997) and the doctoral dissertation “F.Vovk’s Social and Political activity” authored by O.O.Franko (the doctoral dissertation was defended in May 2000 in Kyiv). Professor O.O.Franko is currently investigating works of such distinguished Ukrainian scholars as Vadym Shcherbakivskyi and Danylo Shcherbakivskyi, Oleksandr Kistiakivskyi, Ivan Franko. The researcher is also one of the compilers of “The Diary” by O. Kistiakivskyi: O.F.Kistiakivskyi. The diary.1874-1879. 1880-1885”, which was published in 1994-1995 in two volumes. Since 2004 O.O.Franko has been working as a Professor of the Department of Ethnology.

In 2011, a monograph by Docent R.B. Siletskyi, the Chairperson of the Department, was issued. The monograph focuses on the complex study of construction rituals conventional for Ukrainians. Results indicate that this domain of traditional culture of Ukrainian nation is based on beliefs associated with the cult of ancestor and deceased worship as well as archaic ideas of the existence of different categories of the dead and corresponding ways of their burial and commemoration of graves. On the basis of this work the scholar defended his doctoral dissertation in 2012.

Docent H. V. Rachkovskyi studied types and forms of rural settlements, their nature, types and kinds of farmers’ constructions as well as traditional folk dwellings on Galicia-Volyn historical and political frontier. The findings resulted in a thesis. In 2004 he obtained the position of Docent of the Department of Ethnology. The scholar has prepared and is currently delivering courses of lectures on “Introduction to Ethnology”, “The Genesis of the Ukrainian Nation”, “Ethnology of European Peoples” as well as special courses “Settlement and Courtyard” and “Gypsies in Ukraine”.

Since 2002, a researcher of the Ethnology Institute of National Academy of Sciences of Ukraine, V.V.Halaichuk has worked part-time at the department of Ethnology in Lviv National University. In 2005 being a Candidate of Philology, he obtained the position of Docent of the Department of Ethnology. He is currently delivering courses of lectures on “Ethnolinguistics”, “Ukrainian Folklore”, “Demonology of Ukrainians” etc.

In 2011 the position of a lecturer was obtained by a post-grad alumnus R.B. Tarnavskyi. He carried out a complex investigation about spring-cleaning and supriaha (a special form of working together when a few settlements used their cattle to perform agricultural work) in the South-Western historical and ethnographic region of Ukraine. In 2012, on the basis of this investigation the scholar presented his candidate dissertation and is currently conducting courses of lectures on “Ethnology at Lviv University” and “Ukrainian Rural Community”.

The researchers of the department as well as other lecturers of the Faculty of History published a collection of scholarly articles “Halychyna: Ethnic History” (2008). Research theme “Folk Culture of Middle Polissia (based on field experience in post-Chornobyl ethnographic expeditions)” was carried out by the lecturers and the students of the department as well as by some researchers from other ethnological centers of Ukraine. Findings of the research were published in the bulletin “University Visnyk. History series” (2008. Vol.43).

The staff of the department enrich scientific and educational traditions with new researches. Among them there are numerous dissertations defended by post-grad alumni (Olexandr Turchak “Lemky Rural Community”,1996; Ivan Terliuk “The Russians of the Western Regions of Ukraine”(1944-1996): Ethnic and Social Research”, 1997; Zoriana Komarynska “Ethnic and Social Development of Vynnyky. 1944-1999”, 2001; Hryhoriy Rachkovskyi “The Settlements, Dwellings and Courtyards on the Halychyna and Volyn Historical and Political Frontier“, 2003; Oksana Sheremeta “Volodymyr Hnatiuk and Ukrainian Ethnology in the late 19th to the early 20th century”, 2003; Sergiy Behei “Transfer and Division of Inheritance in Farmers’ Families in Galicia in the 19th century to the 1930s”, 2003; Oksana Hodovanska “Folk Gardening of Opillia in the 20th century”, 2006; Yuriy Siletskyi “Ethnic Heterostereotypes in Conventional Outlook of Ukrainians”, 2009; Nadiya Levkovych “Folk Demonology in Boikivshchyna”, 2010; Petro Chorniy “Ethnic Groups of Halychyna in the Inter-war Period” (1919–1939): Demographic and Ethnocultural Processes”, 2011; Ihor Hilevych “Field Experience in Ethnographic Investigation of Polissia in Ukraine (the second half of the 20th to the early 21st century”, 2012; Inna Pakholok “Ukrainian Zeleni Sviata: Traditions, Customs and Rites”, 2012; Roman Tarnavskyi “Spring-cleaning and Supriaha in Farmers’ Everyday Life in the South-Western Historical and Ethnographic Region of Ukraine: Cultural and Genetic Problem”, 2012; Yuriy Pukivskyi “Spring Rituals of Ukrainians in Historical and Ethnographic Volyn (general ethnic features and local character)”, 2014).

Postgraduate students carried out their investigations in the scope of history and ethnology. Thus they defended their theses in the speciality “History of Ukraine”: “The condition of Polish Nobility in Podillia in the Inter-riot Period between 1830–1831 and 1863”, 1997 by Olexandr Koziy, “German Colonization in Volyn (the 1860s to 1914)”, 1999 by Mykhailo Kostuik, “Ethnocultural Life and Official Status of Kholmshchyna and Pidliashshia in Russian, Polish, Ukrainian Public and Political Thought (1909–1912)”, 2004 by Natalia Zakharchyn, “Greek Catholic Church in Social and Political Life in Halychyna (1848–1867)”, 1994 by Oleh Turiy, “Ivan Franko’s Academic and Publishing Activity in Shevchenko Scholarly Society”, 1995 by Andriy Franko.

Postgraduates’ papers are supervised by Professors M. S. Hlushko and O. O. Franko as well as by Docents R. B. Siletskyi and V. V. Halaichuk. The department closely cooperates with the Institute of Ethnology of the National Academy of Sciences of Ukraine in Lviv and maintains close contacts with the department of ethnology and area studies at the Taras Shevchenko National University in Kyiv, with the department of archaeology and ethnology at the Illia Mechnikov National University in Odesa, with the relevant departments in Chernivtsi, Uzhorod, Volyn Universities, the University “Ostroh Academy” and with the Pedagogical Academy in Cracov, Catholic University and Maria Curie-Sklodowska University in Lublin, the Pedagogical college of higher education in Riashiv (Poland).

The department stores and constantly updates a rich collection of cultural and household relics of Ukrainians: tools and homemade goods, items of clothing, weaving, embroidering, folk art, household items etc. Doctor O.O.Franko is responsible for the study of the collection as well as its storing. 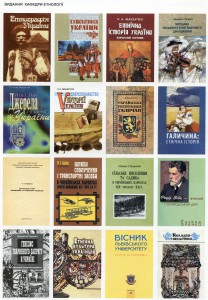 The department archive consists of more than 500 reports of fieldwork investigations carried out by lecturers, postgraduates and students in different historical and ethnographic regions of Ukraine.

Literature about the department:

The University of Jyväskylä (JYU), Finland, invites applications for the JYU Visiting Fellow Programme, which supports researchers with a doctoral degree, who are from outside Finland, to visit the JYU for one (30 days) to three months (90 days) in 2023.

Calling all first and second year students of Ukrainian Universities Bachelor’s degree programs! We are happy to announce the open competition for studying at U.S. universities – the Global Undergraduate Exchange (Global UGRAD) 2023-24!

Start your application now – the competition closes on December 15, 2022!
Program participants will study for one academic semester at accredited four-year U.S. institutions of higher education, and engage in community service, and cultural enrichment activities.

Global UGRAD is an international educational and cultural exchange that brings future...

Vilnius University. Information for citizens of Ukraine wishing to study

Application deadlines for the autumn semester
Admission of Ukrainians to undergraduate study programs is suspended. Ukrainians applying for master’s degree programs (places not funded by the state) still can apply. More information about admission to these studies here

All students from Ukraine invited to study at Vilnius University from the academic year 2022/2023 will be exempted from paying the tuition fee for the entire period of study.

Applicants for master’s studies can only apply for study places not financed by the state (VNF).

Testimonies About the War In Ukraine: How to Conduct Interview-Based Research