The formation of archaeological collections at Lviv University has an old tradition. In 1893, by efforts of classical philology professor, Ludwik Ćwikliński, an archaeological study was established and financed by government grants and private donations. The collection consisted of originals, replicas, photos and ancient art drawings of monuments and collections (about 1.5 thousand findings) of Prof. Isydor Sharanevych from excavations on the sites of Vysotska culture near v. Chekhy (now v. Luhove, Brody district). 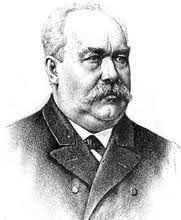 In the early 20th century, the archaeological study, was run by prof. Karol Hadaczek and was on the ground floor of the old university building (St. Nicholas Street, now – 4 Hrushevskyi Street).

During the interwar period, archaeology at Lviv University developed at the Departments of Classical Archaeology (chaired by E. Bulanda) and of Prehistory (chaired by L. Kozlowski). Each department had its own archaeological collection. The Faculty of History at Lviv University was created in 1940. At the same time, based on collections of these departments, Archaeological Museum was founded and headed by I. Starchuk. However, the activities of the museum, as well as the whole university, was suspended with the start of the Nazi occupation of Lviv.

In the 1950-1960s, Lviv Archaeological School, which core was the Department of Archaeology at the Institute of Social Sciences of the UkrSSR, had fairly significant achievements; funds of archaeological materials, lost during the war years, were much replenished. At that time, fundamental studies were carried out on such sites as Molodove, Korman, Zymne, Ivannia, Ostriv, Mlynyska, Zolochiv, Lahodiv, Cherepyn, Czyzhykiv, Ripniv, Bovshiv, Plisnesk, Sudova Vyshnia etc. In 1963-1969, due to the reorganization of scholalrly and educational sector, the Institute of Social Sciences worked within the structure of Lviv University. This enabled the University to create an archaeological museum, the exhibition of which constituted mainly of materials obtained during field work by the department of archaeology at the Institute.

In March, 1967, the Archaeological Museum was opened to visitors. Creating a museum of that kind became possible thanks to the initiativeness and efforts of the Chairperson of the Centre for Auxiliary Historical Sciences, Volodymyr Zvarych, and the members of the Department of Archaeology of the Institute of Social Sciences at Lviv University, Ihor Svieshnikov and Larysa Krushelnytska, who also conducted the first tour. The opening of the museum was attended by Rector M.Maksymovych, vice-rectors F. Derkach and V. Rohachenko, Professors I. Veytskivskyi, D. Pokhylevych, A. Zashkilniak, O. Chernysh etc. 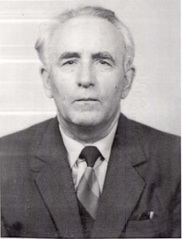 Further development of the museum is associated with the names of its chairpersons: Roman Chayka (1972-2005) and Taras Mylyan (2005-2006). Since the late 1960s, the Archaeological Collection has replenished by annual archaeological expeditions (mainly supervised by M. Peleshchyshyn and R. Chayka) and with accidentally discovered objects by students, history teachers and ethnographers.